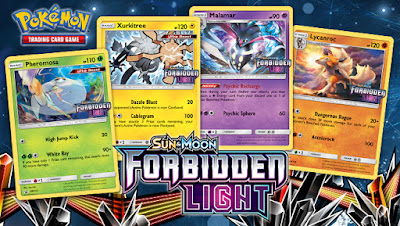 Each participant receives a Prerelease box containing a 22-card Evolution pack, four 10-card booster packs, and an exclusive foil promo card. The Evolution pack provides a solid foundation which, along with the booster packs and Energy provided by the Tournament Organizer, is used to construct a 40-card deck.

What are the prizes?
The prize structure will be 2 packs to every participant plus an extra one for the winner in each age group.

What do I need to bring?
Bring your Player ID card, if you have one. If you don't have a Player ID, one will be given to you at the event.

What is the tournament structure?
The tournament is run using the Limited Format and Age-Modified Swiss pairings. See the Pokémon Tournament Rules for information about the Limited Format and Swiss. The number of Swiss rounds that will be played will depend on total attendance at the event. Players use a 40-card deck and play using four Prize cards.
Tickets can be purchased in store or on our website : http://www.kdgames.co.uk
Posted by Gary Cambell-Smith at 12:31