Coming this Easter for Dice Masters

The partnership between Games Workshop & WizKids gets ready for 2018 with a new Dice Masters set! 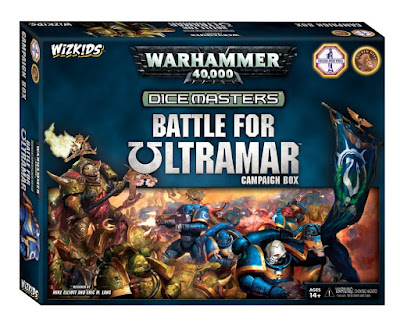 Set in the dark sci-fantasy world of Warhammer 40,000, the game allows players to build teams of iconic characters and warriors to battle it out for supremacy using custom dice and cards. Warhammer 40,000 Dice Mastersuses the game system designed by Mike Elliott and Eric M. Lang for Dice Masters, and will be completely compatible with other games in the line. There will be four factions available at the start, and players can build teams using a single faction, or mix and match to create their own Dice Masters team. 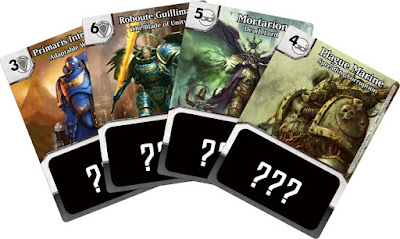 The Battle For Ultramar starter set is coming with fixed contents that will include enough dice for two players and the following:

A Force of Ultramarines
A Force of Death Guard
Sidekick Dice
Basic Action Dice
Dice Bags (one for each player)
12 characters including Guilliman, Tigurius, Typhus and Mortarion. 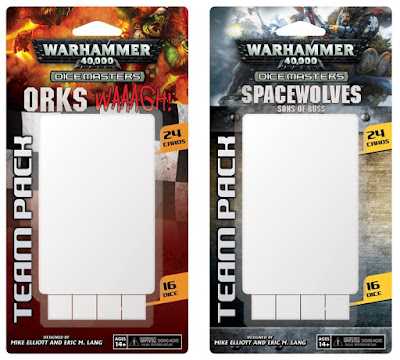 Each team pack will have 24 cards and 16 dice. They have an MSRP of $12.99. The Orks Team Pack will feature Ghazghkull Thraka and cards like Boyz, Warbikers and the dreaded Stompa: 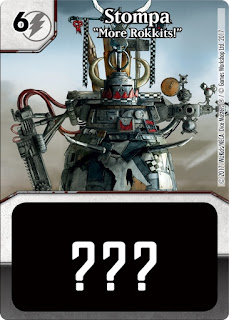 The Space Wolves will feature Logan Grimnar and a Venerable Dreadnought. 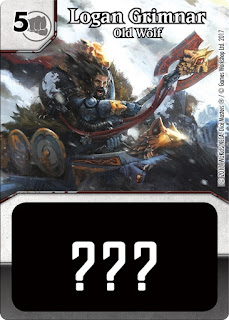 The Team Packs are intended for use with the Battle for Ultramar Campaign Box (the two player starter). It’s unclear if they will also be fixed components or random – but based on the packaging, they look like they will be fixed.
Posted by Gary Cambell-Smith at 14:24